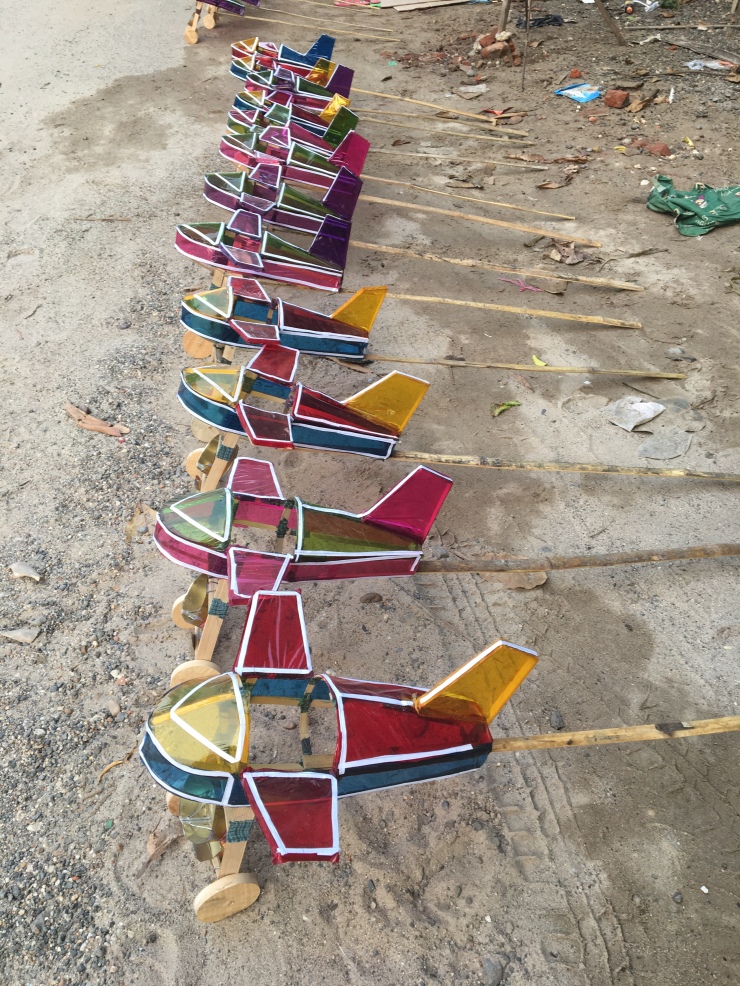 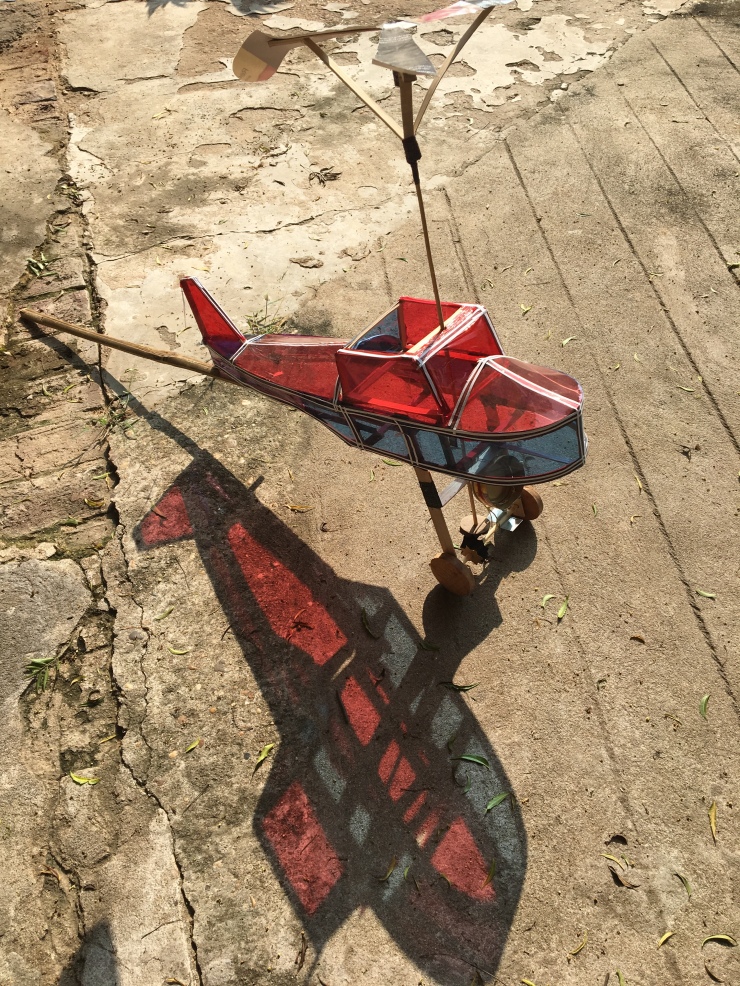 Kids love noisy things. I remember one christmas my brother getting a little replica lawn mower that made an awful clicking noisy. He loved pushing that new toy around our house and everyone conspired to get even with the gifter who didn’t have to endure the ongoing racket.

Well it seems clackety things are popular here in Myanmar too. There is an upcoming Buddhist event happening soon.

The Thadingyut Festival (Burmese: သီတင်းကျွတ်ပွဲတော်), also known as the Lighting Festival of Myanmar, this year it will be held on 13 October which is the full moon day of the Burmese lunar month of Thadingyut. As a custom, it is held at the end of the Buddhist lent (Vassa) and is the second most popular festival in Myanmar after Thingyan Festival (New Year Water Festival). Thadingyut festival is the celebration to welcome the Buddha’s descent from the heaven after he preached the Abhidhamma to his mother, Maya, who was reborn in the heaven.

During the festival days, Buddhists usually go to pagodas and monasteries to pay respect to the monks and offer foods. Young people usually pay respect to their parents, teachers, and elderly relative and offer them some fruits and other gifts. Also while paying homage the younger people usually ask for forgiveness from the wrong-doings they have caused upon their parents or the other elderly relatives throughout the year. Traditionally the elders tell their youngsters that they forgive any of their wrongdoings and continue to bless them with good luck and gift some big notes as pocket money.

We’ve seen quite a few pop up Thadingyut artisan shops selling lots of beautiful little cellophane and bamboo toys engineered to be pushed along and make noises. When the festival time is here the toys will also hold candles – thus the significance of the colourful cellophone. It will be a beautiful sight so we shall try to visit a pagoda at this time. 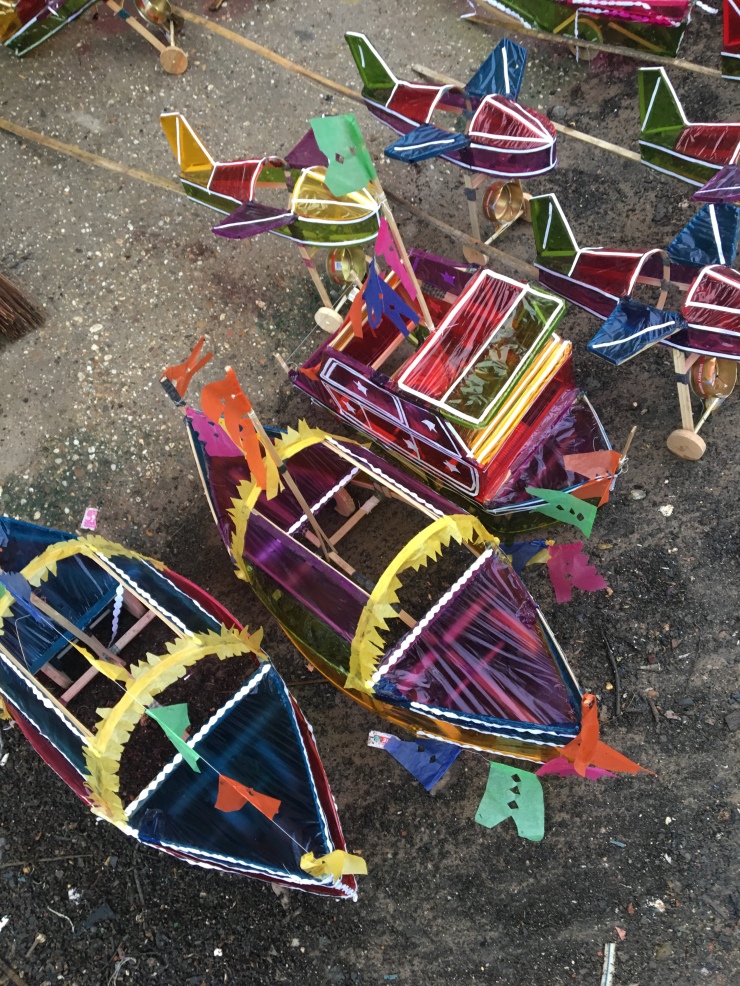 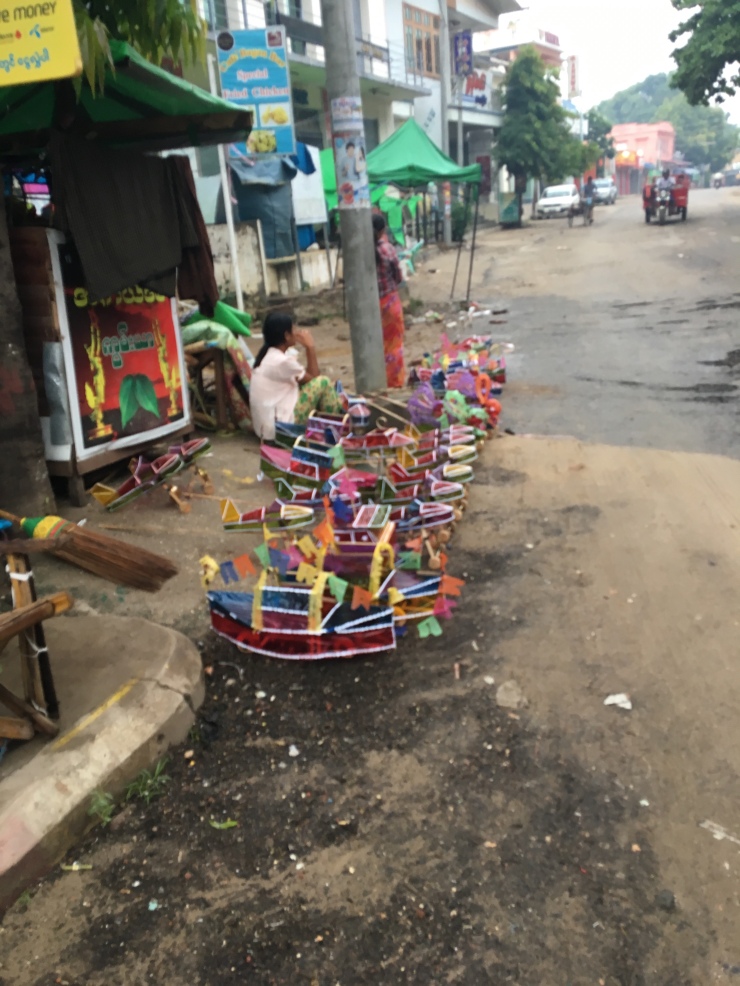 We bought a rabbit and a helicopter for a couple of the neighbours kids and every night we now hear them cracking up and down our street. 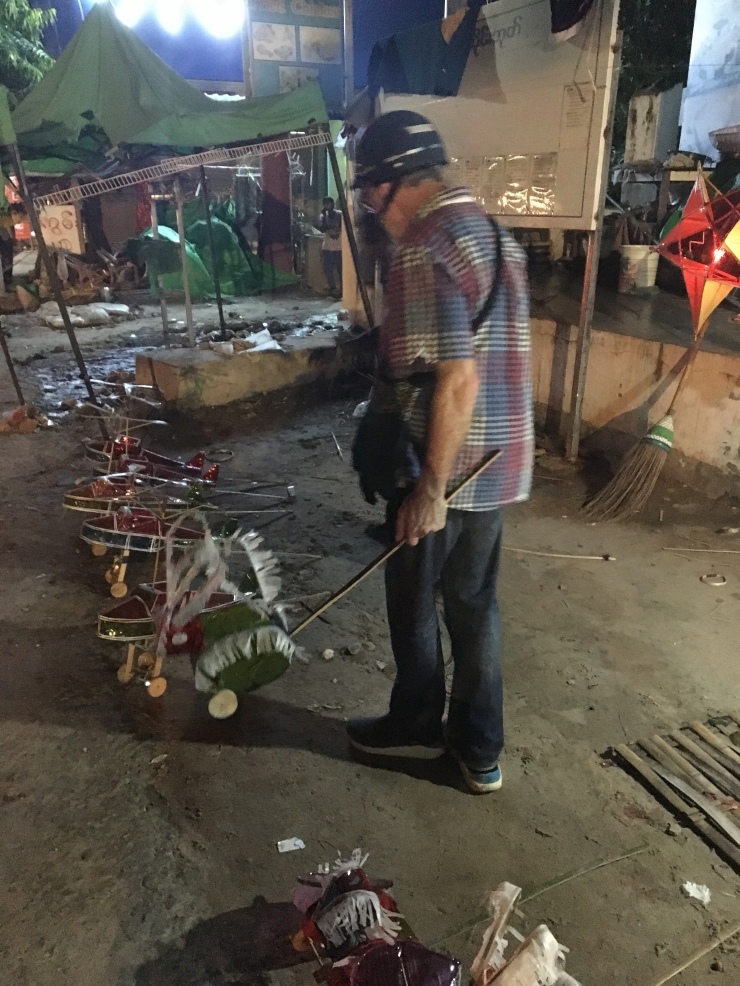